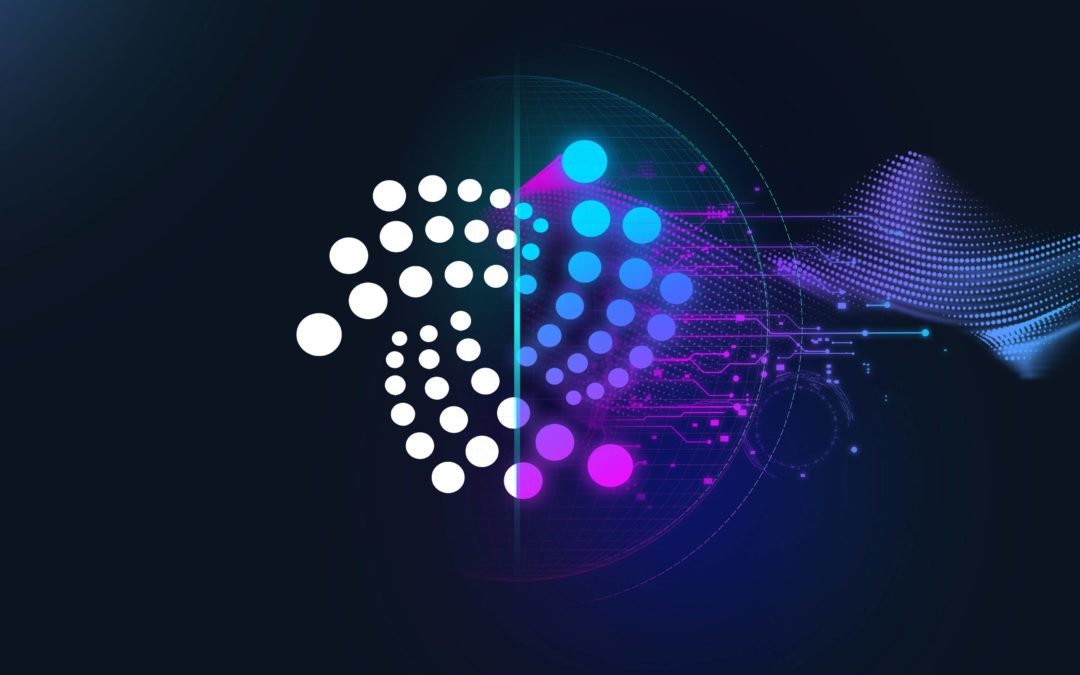 This blog has become an annual posting exercise.  My dreams of becoming a professional blogger are not looking like they will ever come to reality!   lol

The past year has been extremely interesting and with so many changes and activities it would start to turn into a novel if I wrote about them all in significant detail.  In an effort to try and keep you – the reader – engaged enough I will attempt to sum things up:

As I write this today, it has been two and a half years since I co-founded Finaeo Inc. and started on the journey of building our first technology, building a team, and moving the company forward through seed funding and into Series A.

Anyone that has founded a company will know that the journey is not easy or a straight line.  It sort of looks like this: 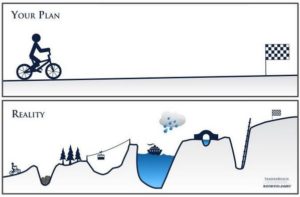 We had to deal with staff changes, building a development team, coming to the limits of our architecture and rebuilding from the ground-up, and learning a lot along the way about the opportunities along the way.

Also, the company began to move to a primary Toronto organization.  This was mainly done due to the fact that much of the financial services sector in Canada is in Toronto as well as our lead investor Impression Ventures is also located there.

With a culture being formed that was weighted more towards in-office / close proximity, the result meant an increase in travel requirements for myself which would have impacts on my family.  In addition, there were changes in technology that were starting to appeal to my interests.

Blockchain has taken the world – well a small part of it – by storm since the creation of Bitcoin in 2008.

When most people talk about blockchain they are talking about cryptocurrencies.  This is mainly since Bitcoin was created to be a replacement for banks and governments and create a new means of value exchange outside of traditional fiat currency.  But the blockchain is much more than that – or has the potential to be.

Early in 2017 I started exploring the world of blockchain.  At first I started more as an investor.  I joined groups, engaged in discussions, started to understand the coins that were coming to life, and what an ICO was.  I also started to see that it was full of people trying to get rich quick, solid developers, and some revolutionaries.  Which has made me create three archetypes I have seen thus far in this space:

Now its not that that all people can only exist in one.  I’ve seen people that seem to be in multiple.  However, it is generally how I have seen the space today.

Personally, I would say I started in the Get Rich category applying what I learned trading in forex and trading Bitcoin and alt coins in day trading markets.  However, as I started to read white papers on different coins and think about how this technology could apply to many things – I started to become much more of a Technologist.  I do like the idea of removing centralized control, but I don’t consider myself a revolutionary.

This lead me to research more on blockchain in terms of how to develop one, what smart contracts are, how to develop them in Solidarity for the Ethereum network, and trying to better understand the future.  What I was seeing reminded me much of when I started my career in technology and the boom of the Dot Com era.  It was exciting, changed the world, and many of the top tech companies were born in that time – example: Google.

With the changes in Finaeo and the team being built to where it was, it seemed the best move for me was to move to an advisory role with Finaeo and go “all-in” with blockchain.

Fortunately, and opportunity came up to join the IOTA Foundation as a Product Owner to help bring many of the technology pursuits there with their technology to life.

This will be an extremely challenging role and one I am looking forward to.  In terms of Product Management or Agile PM roles, I know the processes well, can manage stakeholders, etc, etc.  There of course will be adjustments to their processes and expectations, but that is normal.  The challenge will come from learning the technology quickly and becoming effective with this understanding.

But as a life-long learner and seeing that this space is the future of technology, it is a challenge I want!